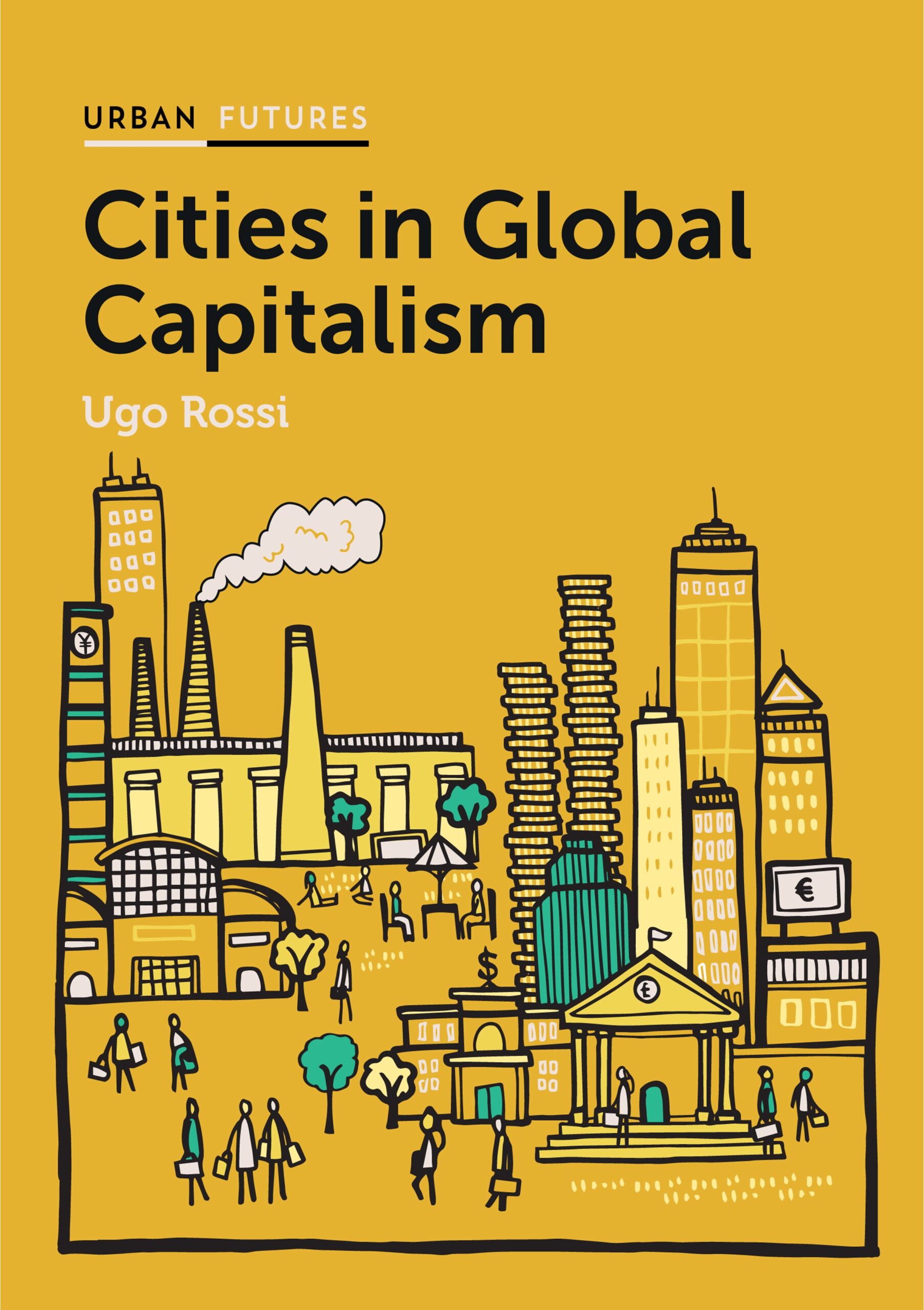 Historically speaking, the scholarly inquiry into the relationship between cities and capitalism is a relatively new phenomenon. This may seem hard to believe considering the amount of related theoretical strands, approaches and concepts. Especially the multifaceted work in critical urban studies since the 1960s can seem overwhelming for any novice delving into the topic. Simultaneously, however, academics trying to convey these discussions to a new generation of students, particularly those born around the turn of this century, will most probably face questions regarding their contemporary relevance and applicability. Are these theories up to date? Do the scholars take the staggering technological developments into account? And what has changed since the 2008 global financial crisis?

“Cities in Global Capitalism” by Ugo Rossi is a timely publication. It provides a remarkably comprehensive overview of the city-capitalism nexus, while connecting the past with the present, and shedding new light on recent transformations. The book is based on the premise that the current widespread academic engagement with urban facets of neoliberalism is important, yet overshadows critical analyses of the underlying phenomenon: the capitalist city. From an explicit political perspective, Rossi sets out to demonstrate how cities are not only the result, but constitutive of global capitalism. After a period of crisis, capitalism tends to reinvent itself, and cities adjust to a new form of capitalist economy. However, they do more than that. In many respects, cities form the foundation of capitalism’s evolution and are thus intricately linked to global capitalism as hegemonic socio-spatial order of our times.

The main argument of the book focuses on capitalism’s recent transformation, amplified by the 2008 Great Recession. Rossi argues that there has been a fundamental shift in the last thirty years. While in the past, the capitalist system encompassed certain key elements of society, we are now experiencing an entrepreneurialization of life in its entirety. The argument is vividly illustrated on the basis of ‘sharing’ and ‘experience’ economies as popular and growing phenomena through which private possessions, goods and services are increasingly treated as marketable assets. Diffusing the boundaries between work and private life, this new form of capitalism reaches to the core: Faced with the pressure to constantly improve and reinvent ourselves, to perform faster and better, and to turn our identities into commodities, each and every one of us has become an entrepreneur of their own life.

In Chapter 1, Rossi discusses how certain features of the capitalist city – financial power, entrepreneurialism and cognitive capital – can be traced back in history, for instance to medieval city republics in Western Europe. These features have survived and evolved throughout the centuries and are today distributed on a global scale. The notion of cities as places of knowledge production, for instance, is no longer reserved to the realm of a privileged class. Instead, urban slums in the Global South are increasingly considered breeding grounds for innovation, where each slum dweller is seen as a potential entrepreneur through the creative use of technology.

Chapter 2 reviews key concepts in the academic debate linking cities, globalisation and capitalism. While discussing concepts such as the ‘world city hypothesis’, ‘global city-regions’, and ‘planetary urbanisation’, Rossi analyses their underlying conceptualisations of capitalism, and reflects on the opportunities and limitations of critical scholarship on this topic to this day.

Chapter 3 targets the dialectic relationship between cities and neo-liberalism, which Rossi describes as the ‘living tissue’ of the capitalist city. He illustrates how, on the one hand, cities are the perfect breeding ground for neoliberal ambitions of self-optimisation, profit extraction and entrepreneurship. On the other hand, financialization and commodification have been absorbed as pivotal characteristics of what we understand as ‘urban’. Following this line of thought, Chapter 4 tackles global ‘capita-list colonization’, explaining how Western-centric cultural urban lifestyles and mass consumption have become diffused through ‘McDonaldization’, ‘Disneyficaton’ and ‘Guggenheimization’. The final chapter rounds up the argument by exposing cities’ mounting contradictory positions since the late 2000s. Not only do cities suffer from ever-growing inequalities and austerity measures, but in order to sustain themselves in the competitive global environment, they enable the system that lies at the heart of their problems. The book concludes by emphasising this ambivalence of the current urban condition and by reflecting on the political situation in 2016.

Even though Rossi’s work draws heavily on existing concepts and academic work, which may raise concerns on its novelty, his targeted analysis provides a valuable contribution to the academic field. Using familiar knowledge to construct anew and convincing argument, Rossi does an excellent job at conveying the tangible effects of the broad and abstract processes of capitalism, neoliberalism and globalisation. Combined with the wide range of empirical examples, the book therefore provides a particularly valuable resource for any class-room setting, as it demonstrates the relevance of academic theory to understand everyday life in the contemporary city. Furthermore, it triggers its readers to critically reflect on their own role in society. Despite the meticulous description of cities as places of restriction, exploitation and individualization, Rossi exhibits their opportunities for innovation, transformational politics and community-based movements, leaving his audience with hope for the future. To conclude, the book is highly recommended for anyone interested in the study of cities in global capitalism, and hopefully inspires a new generation of critical scholarship in the years to come.

Sara is a PhD candidate at the University of Amsterdam. Her work centres around urban diversity, governance and property-led development.

I am a postdoctoral researcher and project manager in the WHIG Project (What Is Governed in Cities: Landscapes and the Governance and Regulation of Housing Production), funded by the Open Research Area for the Social Sciences (ORA). The project examines the inter-relationships between contemporary investment flows into the housing markets of major metropolitan centres (Amsterdam Metropolitan Area, Greater London and Grand Paris) and the governance arrangements and public policy instruments that are designed to regulate them.

Sara is a PhD candidate at the University of Amsterdam. Her work centres around urban diversity, governance and property-led development.

I am a postdoctoral researcher and project manager in the WHIG Project (What Is Governed in Cities: Landscapes and the Governance and Regulation of Housing Production), funded by the Open Research Area for the Social Sciences (ORA). The project examines the inter-relationships between contemporary investment flows into the housing markets of major metropolitan centres (Amsterdam Metropolitan Area, Greater London and Grand Paris) and the governance arrangements and public policy instruments that are designed to regulate them.