Flood risk management in the Netherlands is experiencing a shift from formal top-down approaches towards interactive and participatory approaches. Involving the public has multiple objectives and the underlying processes are important to consider. This article analyses two most-different cases to show how different approaches to public participation achieve different objectives. One case is top-down led while the other has a more interactive approach. They each achieve their specific aims but fail to integrate wider objectives in the outcomes. Combining key participatory design elements from both approaches could improve results for climate change adaptation in the future.

Who, when and how

Top-down approaches are controlled by the policy initiator and structured by the rules set by this initiator. In addition, the initiator also defines the scope, moments, and methods of participation. In contrast, interactive approaches are often self-organised networks and community groups, aiming to develop alternative plans and projects. By including public participation, decision-makers hope to enhance the support for decisions, and thereby promote the decision-making process (Edelenbos et al., 2016; Glucker et al., 2013; Uittenbroek et al., 2019). This inclusion of public participation in the design of flood risk management needs careful timing, negotiation and co-creation; whilst facing the complexity of planning and decision-making (Edelenbos et al., 2016). By carefully designing and aligning the participatory processes, predetermined objectives could be met more successfully (Glucker et al., 2013). 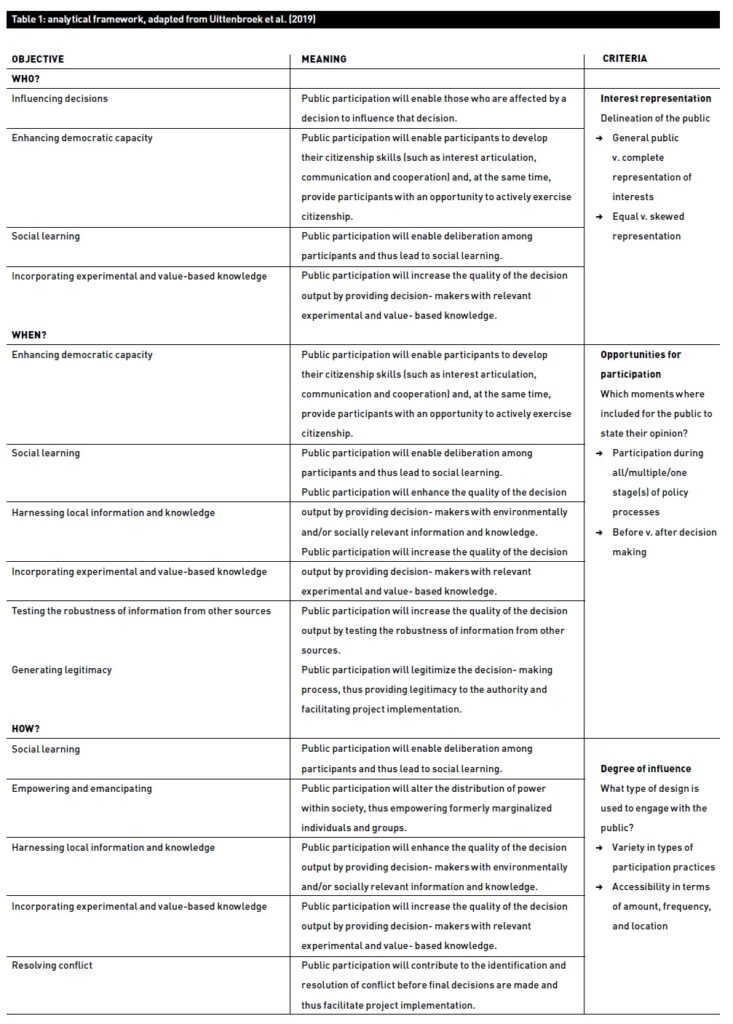 As stated in the introduction, interactive approaches to public participation are increasingly complementing the top-down approaches for climate change adaptation measures to reduce flood risk in the Netherlands. The two cases, which have been selected to analyse differences in objectives reached through their designs are: Benthemplein in Rotterdam and i-Lent in Nijmegen. A literature review was used to gather information about the participation processes. This information includes the structure and the components of public participation.

The interactive case, Benthemplein, is located in the neighbourhood Zomerhof in Rotterdam. Here, many developments changed the old and abandoned area into a climate-proof neighbourhood. The project, carried out by an office for urban design and landscape architecture called ‘De Urbanisten’, was realized on December 4th in 2013 (De Urbanisten, n.d.). The most outstanding aspect is that Rotterdam is trying to bond their citizens with water and especially with each other. The designers from the Benthemplein project contacted around 25 different stakeholders, for example the students of schools nearby the square, the church, the gym and the youth theatre. The designers organised three different workshops concerning water and gave the stakeholders a chance to share their ideas. After this the contact between the project initiator and the participants diminished; partly as a result of the graduation of the students involved (Bressers, 2014). 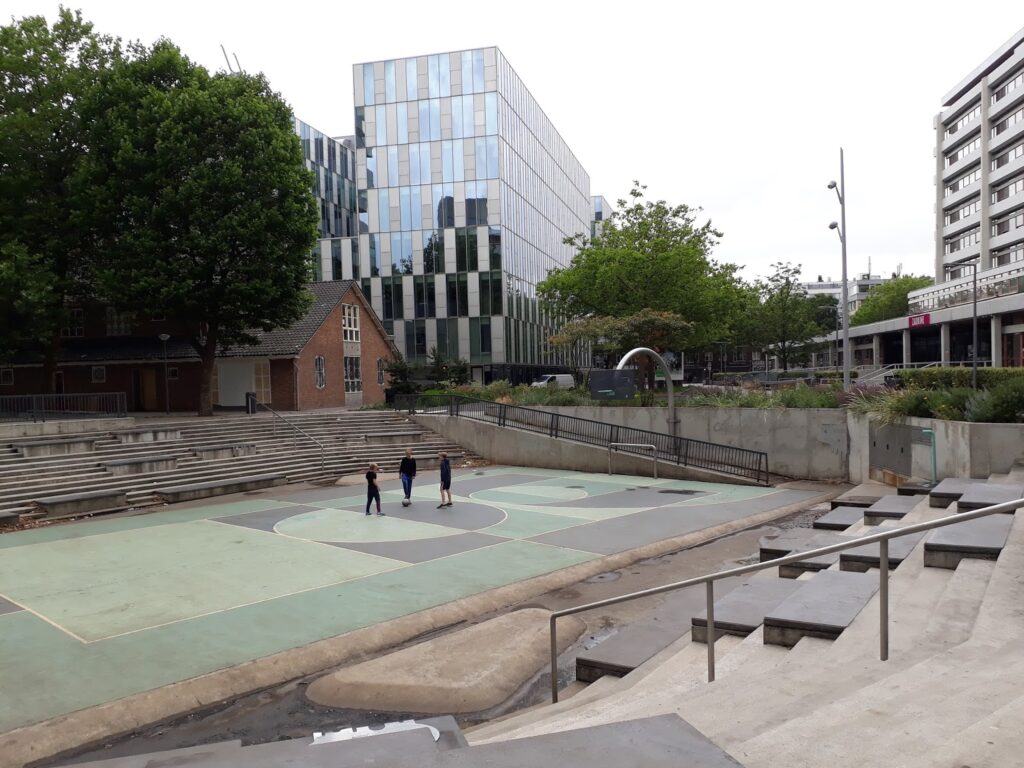 The top-down organised case is i-Lent, a Room for the River project next to Nijmegen and developed from 2012 until 2016. This project was initiated in 2000 by Rijkswaterstaat, the national infrastructure agency, and executed by the municipality of Nijmegen. In the past, the river Waal next to Nijmegen has experienced high water levels. To ensure water safety, the national government decided to allocate the dike 350 meters land-inwards (Gemeente Nijmegen & i-Lent, 2016). Public participation had not been considered prior to the development of the Room for the River plan, and only became an integrated part of the design after public resistance. Multiple citizen groups were involved and they formed the Lent Federation (Edelenbos et al., 2017). The involvement of the citizens resulted in the execution of an environmental impact assessment (EIA), in which the citizens contributed by adding an additional plan for assessment. As a consequence of political pressure building up, the public had a say in the planning phase and evaluation phase (Edelenbos et al., 2016; Wiering & Winnubust, 2017). Later on in 2016 the process information meetings, digital letters, newsletters, and Sunday tours were used to inform the citizens (Gemeente Nijmegen & i-Lent, 2016).

Both cases have been analysed using the analytical framework provided in Table 1. The results have been summarised in Table 2. What is noticeable is that there are no direct similarities between the designs of the cases. Furthermore, the objectives of the cases have been analysed, as can be seen in Table 3. In this table a ‘+’ indicates that the objective is met, while a ‘-‘ indicates that an objective is not achieved. Here, it is noticeable that the two cases reached mostly different objectives.

Table 2: Comparison of the criteria for both cases

Regarding the ‘who’, both cases provided opportunities for stakeholders to participate which affected the participation processes. However, differences between the cases can be noticed in the design. In the Benthemplein case the influence of citizens involved a say in the design, while in the i-Lent case influence was the result of objection to the original plan. The involvement of citizens as stakeholders resulted in enhancing the democratic capacity in both cases, as both resulted in the development of citizenship skills. In the Benthemplein case, stakeholders were contacted to help create a water square, resulting in increased knowledge about flash flooding and a tighter connection to water. In contrast, in the i-Lent case development of citizenship skills was the result of public dislike, and the following collaboration and education was a consequence of developing an alternative plan. 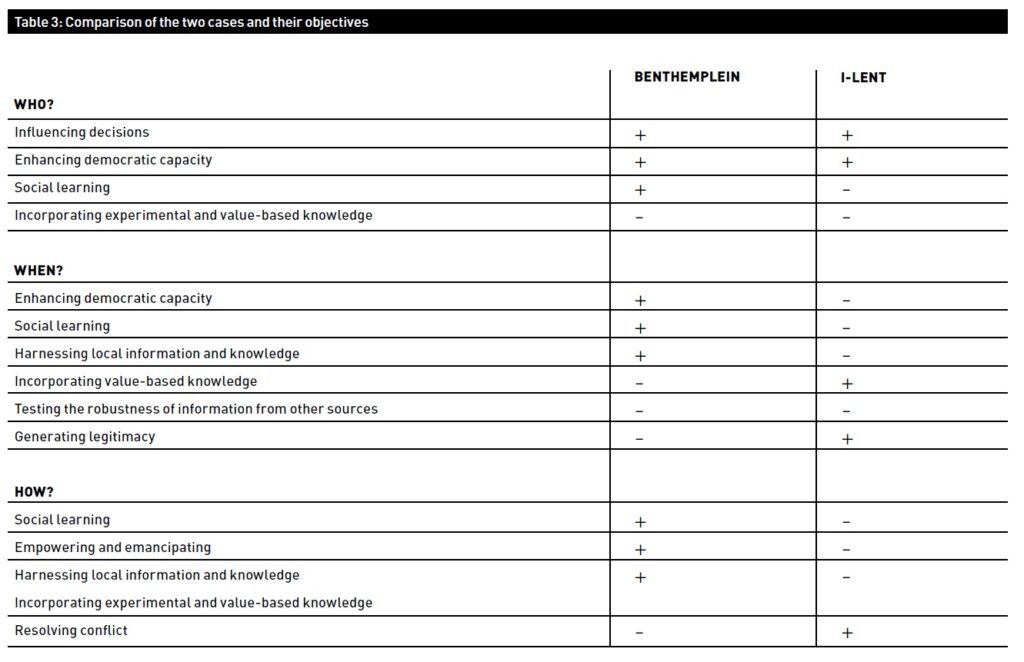 Table 3: Comparison of the two cases and their objectives

The objectives for ‘when’ diverge in both cases. Differences in both projects seem to result from variations in design, scale, time and the initiator. Public participation in the Benthemplein case is especially strong in the design phase, where democratic capacity is enhanced, social learning is facilitated and local information and knowledge is harnessed. The three different workshops gave the stakeholders the opportunity to discuss ideas. Citizens learned about the consequences of increasing amounts of rain water (Bressers, 2014). Public participation in the i-Lent case was very different. Here, public participation was included in the planning phase; however, only as a result of political pressure. The citizens of Nijmegen had not been involved in the original design, nor had the government informed the municipality. Furthermore, in the evaluation phase the citizens expressed their concern and disliked the plan. However, the ambitions and interests of the citizens and municipality have not been integrated into the plan, since the EIA favoured the original plan and large decisions had already been made (Edelenbos et al., 2016; Wiering & Winnubust, 2017). Therefore, the process in the i-Lent case resulted in incorporation of experimental and value-based knowledge, and a modest form of legitimacy.

For the ‘how’ factor, there are relevant differences in both the design and the objectives of the cases. The Benthemplein case used one type of public participation, namely three workshops. The first workshop was a brainstorm session, resulting in a mood board. The second workshop was shaped like a discussion, and the third workshop involved a scale model on which stakeholders could indicate their preferences (Bressers, 2014). Because of this process, the design resulted in the following objectives: social learning, empowering and emancipating, and harnessing local information and knowledge. In the i-Lent case information meetings, digital letters and newsletters, and Sunday tours in 2016 have been used to inform the citizens (Gemeente Nijmegen & i-Lent, 2016). The project ideas for i-Lent were completed by the national government before the stakeholders became involved (Edelenbos et al., 2016; Wiering & Winnubust, 2017). The only objective which can therefore be noted for this case is resolving conflict.

It is obvious that top-down and interactive approaches result in different designs, and achieve different objectives. Both cases share their lessons that can be drawn from the implementation process that may result in better processes of public participation. One of these important lessons is to be transparent to the public and inform them on time about their rights and duties. The importance of transparency is especially visible in the i-Lent case. As a consequence of the predetermined decisions, the design of the top-down case did not permit achieving all the potential participatory objectives. Moreover, transparency results in more involvement and understanding of the public, which was apparent in the Benthemplein case. Another lesson that can be drawn is the importance of public participation in multiple stages to reach the desired effects and a more sustainable outcome. For example, combining the brainstorming and discussions of the workshops from the Benthemplein case with the spreading of participation and information tours from the i-Lent case, is likely to result in achieving more objectives. Besides, the use of an EIA and thereby using the knowledge which is available helped in the case of i-Lent. It showed that the idea of the people would have worked in the short term, but not in the long term. The inclusion of citizens in the EIA created more understanding and acceptance of the final decision.

Another example which would help to create more understanding and acceptance is to stay in contact with the participants and to conduct a follow-up evaluation, for instance in the form of a reunion. Getting updates from the projects is often desired, creates legitimacy, and the evaluations are helpful for future projects. This can be done through online newsletters or digital evaluation forms. Furthermore, it is important to include the success stories in new projects and plans. Public participation is an important tool to resolve several obstacles. To learn from other projects and implement the best available practices city-to-city learning can be applied. For example, the Benthemplein case was used as an example for a water square in Mexico City, by transferring resilience thinking and practices between Rotterdam and Mexico City (Ilgen, Sengers & Wardekker, 2019). Interactive approaches thus provide more political aspiration and citizens responsibility than top-down processes; therefore, climate change adaptation could benefit from including interactive approach elements regarding participatory design. 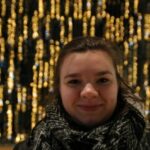 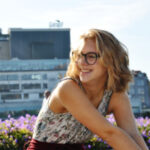