Home » Recensies & Signalementen » Justice and Fairness in the City: a multi-disciplinary approach to ‘ordinary’ cities 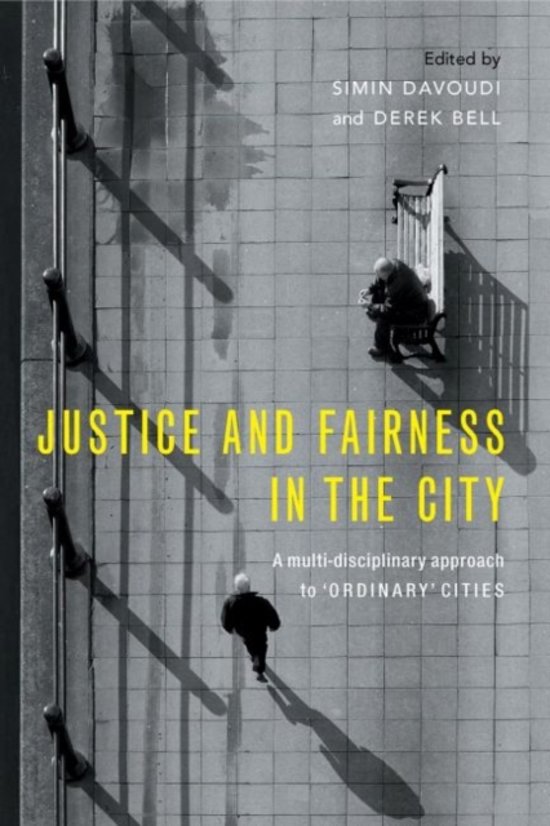 Justice and Fairness in the City: a multi-disciplinary approach to ‘ordinary’ cities

As justice is rising in importance and contention in contemporary academic scholarship, the book ‘Justice and Fairness in the City’ engages with the concept of justice by locating it in the city and relating it to urban socio-political processes. The contributors offer a diversified, clearly written, engaging analysis of Newcastle from a rich collection of viewpoints and topics, encouraging the reader to start thinking on the ‘hows’ and ‘whats’ of justice in the city.

Itself a philosophical concept, a lot of scholarship has been dedicated to justice and its relation to social issues like education, health, and labour. The book introduces justice to the ‘urban’ and engages with classical and influential work on the subject, such as Harvey’s Social Justice and the City, already written more than forty years ago. Since then a lot of work has focused on justice and cities, and more recently Lefebvre’s work on the ‘right to the city’ is gaining traction among scholars despite its age, especially regarding recent urban, democratic, anti-capitalist social movements. Most commonly such scholarly work focuses on cities famous for their historical cha-racter or recent events: New York, London, Istanbul and Cairo. The book ‘Justice and Fairness in the City’ however, interestingly takes an ‘ordinary’ city like Newcastle as a case where issues of justice can and should be analyzed, and where such matters are as potent as in any other city. The authors convincingly argue that ordinary cities provide as fertile a ground as the usual suspects in terms of diversity, distinctiveness and the presence of injustices.

The book discusses several ways to understand and promote justice in and of the city. It takes a socio-spatial approach, and compared to a lot of edited work, the book does a good job in achieving its purpose rather coherently. The topics are diverse and from several perspectives, with different case studies presented and methods utilized; the chapters can vary between research on skateboarding, food justice, the experience of youth in public space, and the evidence can come from interviews, projects, observation or surveys. Overall the authors develop their ideas and analyses from critical standpoints, and most indicatively chapters like the ones on green space, transport, and public spaces avoid the trap of certain rigid leftist understandings of justice as equality strictly in terms of labor and class. These chapters show the attempt to overcome the quite narrow understanding of criticizing structural injustice as only a matter of exploitation at the work place, and expand it towards a holistic critique of everyday life in general.

Regarding the general aim of the book to have a relational perspective, it is particularly present in chapter six which convincingly demonstrates how even Delhi, a city of almost 20 million, and Newcastle, a city of 280,000, can be alike if examined through their political economy and struggles. It demonstrates how multi-scalar, relational perspectives can help us understand urban (in)justice comprehensively. A similarly relational approach is taken in chapter eight regarding the experience of young people in the city, where the authors analyze the contrast between planning and experiencing space; this is exactly the relationality that urban sociology needs. Moreover I sympathize with the authors of chapter eleven who take on the task to investigate those with perhaps the least say in a city, the elderly, proposing ways for empowerment, like digital inclusion and engagement. Most of the book’s chapters, particularly the ones related to the environment and urban youth, have rich empirical material and a clear analysis.

The contributions however fall somewhat short of reaching the full potential that such a multifaceted discussion on the issue of justice in cities can have, for two main reasons: due to a lack of connectivity/linking between chapters, but especially due to the book considering justice a matter of local urban initiatives and neglecting the structural nature of how (in)justice emerges. The chapters can be too diverse and barely refer to each other, while sometimes they veer away from being relevant to justice or even the city. Case in point, even after reading the book, Newcastle may not feel much more familiar to the reader; the actual city that is supposed to represent the ‘city’ in the book is perhaps not delved into enough (a counter example of that done extremely in depth is Davis’ ‘City of Quartz’). For instance the chapter on mobility is primarily spent on issues about cars and buses whereas mobility can include a much wider scope of issues. In addition the cases can be excessively focused on reviewing the minutiae of policies and local projects. And chapter twelve is not about justice in the city really, but about justice in the education system in general.

There lies a problem of reifying a place into ‘a city’, especially when it is conceptualized as representing a certain category, in this case the ordinary city. Instead of becoming a clear platform to understand a topic (i.e. justice), it primarily calls for reflection on what a city is or isn’t. Such questions can only be answered relationally, and on different scales. Otherwise the danger is that a book that talks about justice in the city will seem to talk about justice in ‘a’ city, namely Newcastle. The authors encourage other scholars to adopt relational and multi-scalar perspectives but the contributors fall short of doing it themselves somewhat.

The focus on local initiatives, although interesting, can be a trap into thinking that small injections of justice can bring about general justice. This is particularly the case in chapter three about schools, where certain success stories of participatory processes are promoted as a driver for justice, but we know very well that education systems go far beyond individual school projects and initiatives (in chapter five there is even an explicit critical point on the ‘local trap’ in terms of food activists arguing that the local level is inherently good). And perhaps that’s the main issue with the book. Since the authors often refer to Harvey and Lefebvre, it is fitting to give criticism from these standpoints which in short argue for notions of justice as structural and in need to go beyond capitalism itself. Hence, we cannot achieve justice in the city without addressing and struggling against the capitalist economic conditions. Take for instance the following quote directly from the book: ‘Justice, in this conception, is an empirical question to be debated with reference to practical examples, not a technical programme that can be rolled out’ (p. 205). I agree that empirical inquiries into justice accompanied by a practical approach have merits but simultaneously don’t the terms ‘empirical’ and ‘practical’ imply a technical understanding of bringing an ‘increase’ in justice? What is justice after all but a notion that simply ends up being a matter of policies and interventions without a historical, dialectical analysis that demonstrates what it means, how it is mobilized and utilized, and how it relates to the dominant relations of production? In other words, can there really be justice in the capitalist city?

In conclusion the book’s editors suggest that an account of justice and the city must ‘consider justice for the city… by the city… in and of the city’ (p. 273). The way to do this is by proposing three premises that I can get fully behind: a pluralistic, relational, multi-scalar understanding of justice and the city. Even though the contributions do not fully satisfy their own suggestion, I would concur and suggest such an approach for any study of the city at large. In certain chapters the contributors do that well, making the book an interesting and important, albeit somewhat unbalanced, read. As a final note, the book ends with an emphasis to the necessity of not only understanding injustice but acting upon empowering those who suffer it, a noble and crucial endeavor in an increasingly unjust world. 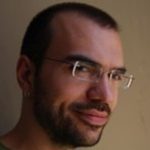 Yannis is a researcher at the University of Amsterdam on the social, spatial and economic challenges of suburban living in Europe
Author profile

Yannis is a researcher at the University of Amsterdam on the social, spatial and economic challenges of suburban living in Europe
Integratie, Ongelijkheid, Openbare ruimte, Participatie, Planologie, Steden
Recensie gegevens:
Auteur(s):Yannis Tzaninis