Zoning as a political tool of planning
Recensie 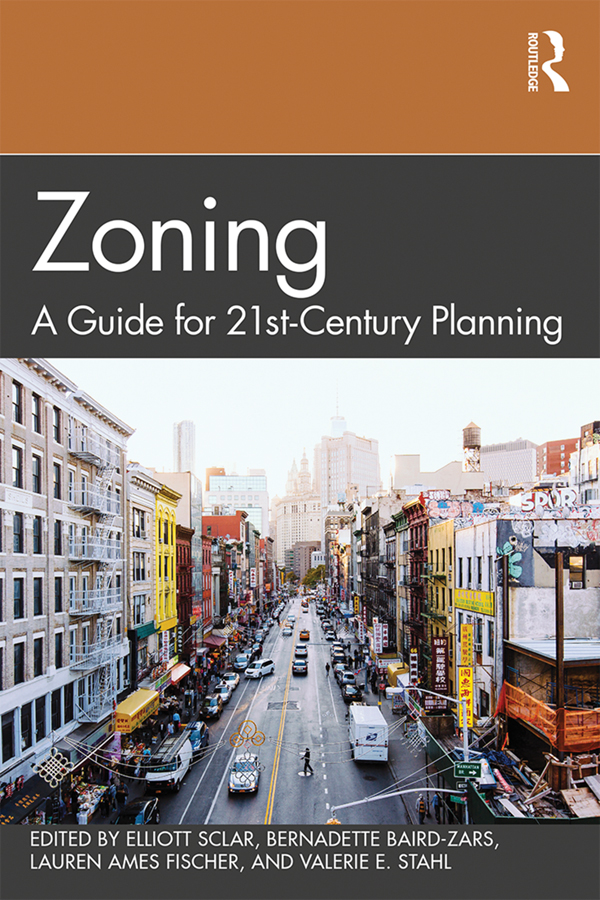 Zoning: A guide for 21st-century planning

While preparing the review for this book, I continuously recommended segments and chapters to colleagues. In other words, Zoning – A guide for 21st-Century Planning by Elliott Sclar, Bernadette Baird-Zars, Lauren Ames Fischer, and Valerie E. Stahl is a brilliant book for everybody interested in land-use planning. In twelve chapters, divided in three sections, the book sets out to reflect on binding land-use planning (called “zoning” in the US context). This reflection was initiated by two preceding conferences to celebrate the 100th anniversary of zoning in the US (the first zoning plan in the US was released in 1916 in New York).

The excellent opening essay by Jerold S. Kaydon stands out. Kaydon asks (p. xvii): “If zoning is the answer? What’s the question?”. He outlines the distinction between zoning and planning: While “planning is more comprehensive than zoning”, planning is less consequential and transactional – zoning is on the other hand legally binding and thus much more controversial and matters for property conflicts. This sets the tone for the following chapters, which elaborate more on the implications of the controversial matters of zoning.

The first section on Zoning in Context consists of four chapters. The introduction by the editors elaborates on zoning as being more than a technical exercise, but “a political and institutional tool” (p.6) for planners. It is positioned between views of zoning as either market regulation or as a social institution. This makes understanding zoning messy, Sclar et al. elaborate. The second chapter by Raphaël Fischler further elaborates on this notion by describing the historic development of zoning along “six stories”, explaining how it has evolved as a practice to deal with danger and nuisances, and how aspects of identity, money, beauty, nature, and power have been added throughout its evolution. Fischler’s contribution is highly informative and relevant for understanding how zoning has become messy and how it is a political tool. It would be interesting to compare the phases (or stories) he identifies in the US with planning in other contexts. The next two chapters in this section address zoning in the urban respectively in the rural realm. On the urban realm, Sclar focuses on the rationale and functioning of Tradable Development Rights (TDR) in urban areas, where he describes TDR not only as a technical exercise, but also explores theoretical and practical considerations of it. Evangeline R. Linkous adds a reflection on planning tools for rural zoning. The four chapters in the first section complement the existing debate on the strategic use of instruments of land policy (Gerber, Hartmann & Hengstermann, 2018).

The second section of the book addresses links between zoning and sectoral challenges of spatial planning, notably transport & urban growth (Lauren A. Fischer), local economic development zones (Rachel Metzler), climate adaptation (Siobhan Watson), and housing (Adèle Cassola). This section profits a lot from cases provided by different authors. These cases are a special feature of this book, which enrich the main chapters with specific examples, such as how zoning deals with flooding or how zoning challenges are dealt with in other countries. These cases are compact, highly informative, and they could serve potentially as good exercises for teaching.

The third section of the book is entitled Zoning in Practice. It entails a chapter by Bernadette Barid-Zars – one of the editors – on how zoning is exercised. This chapter provides interesting insights, which might as well fit in the first section of the book – where the more fundamental aspects of zoning are outlined. The next two chapters of the final section address racial bias in zoning (Andrew H. Whittemore) and zoning with participatory institutions (Valerie E. Stahl). Whittemore’s chapter links very well to the story of power outlined in chapter two. These chapters teach a lot about the specifics of US American context of zoning and provide some critical insights in the normative pedigree of zoning. The final chapter of the book seems to be directed to students of planning, as it provides methodological considerations to understand zoning as an institution with summaries in boxes. This part of the book is written like a teaching handbook.

An overall conclusion of the book, bringing together all the previous sections and chapters, however, is missing. This is probably some of the weaker points of this book. Nonetheless, Sclar and his colleagues assembled very interesting chapters from well-known scholars in an extremely well-written volume, which is on top of that also easily accessible for academics and interested policymakers outside the US. The way the content is presented allows the book to be used in planning schools around the globe to teach on land-use planning (i.e. zoning). At the same time, this book is an excellent contribution to the international academic debate on land-use planning and its relation to property rights, as it is conducted for example in the international academic association on planning, law, and property rights. So, I remain with compliments to the authors and editors to a highly recommendable addition to the body of literature on land-use planning.

Thomas is a spatial planner. He focuses his research on land policy and flood risk management. He is president of the International Academic Association on Planning, Law and Property Rights, and chair of the international working group European land policies of the German Academy for Territorial Development in the Leibniz Association (ARL).

Thomas is a spatial planner. He focuses his research on land policy and flood risk management. He is president of the International Academic Association on Planning, Law and Property Rights, and chair of the international working group European land policies of the German Academy for Territorial Development in the Leibniz Association (ARL).